Shell Gas Stations install water dispensers WHY IS IT IMPORTANT? Since the cost of collecting, transporting and recycling the used plastic bottles is higher that what the recycled material is worth, 96% of the used plastic bottles in Hong Kong go straight to the landfill.   To have sufficient number of water fountains around town can greatly reduce our reliance on (or even addiction to) bottled … END_OF_DOCUMENT_TOKEN_TO_BE_REPLACED

GREEN RATING Deep Green. Bring your own bottle. Water for Free is a mobile app (iPhone and Android) and website that shows the locations of public water fountains and dispensers throughout Hong Kong. It is an effort to reduce the vast amounts single-use beverage containers entering our landfills and oceans everyday. According to the 2011 Waste Statistics issued by the Environmental Protection Department (EPD), Hong Kong … END_OF_DOCUMENT_TOKEN_TO_BE_REPLACED

SERVICE PROVIDER Nobanker Youth Commune,NYC PRICE Free, but donation is welcome SERVICE RATING Great Idea.The first of its kind in Hong Kong. The service helps you comply with the Vacant Possession clause when moving out of your apartment.  Everything collected from your apartment will be sent to its warehouse. Anyone can then drop by to take the items free of charge. GREEN RATING Deep Green. Rescuing furniture and stuff … END_OF_DOCUMENT_TOKEN_TO_BE_REPLACED 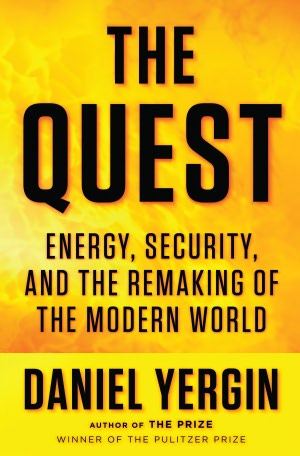 This book sells for HK$400 at Dymocks. With a few clicks I had it delivered to my neighborhood library for HK$2.50 and kept it for over 2 months for free.

SERVICE RATING Awesome. The public library’s selection is unparalleled and vastly superior to those of Hong Kong’s closet-sized bookstores. The online search, reservation and renewal functions work great. The reservation function allows you to have a book delivered, no matter which branch it’s currently in, to the one closest to you. There are after hours book return drop boxes outside every branch and at Central, Kowloon Tong and Nam Cheong MTR stations.

GREEN RATING Deep Green. Much greener than buying a book you’ll likely only read once and infinitely greener than downloading books to your Kindle or iPad (explained below).

The US media has proclaimed the sharing revolution to be the next big thing. From Zipcar to Netflix it’s taking hold all over the US. The public library though has been sharing since forever.

Buying books has three distinct disadvantages that borrowing from the library overcomes. Often times you simply don’t know if a book is good or not. Just like you wouldn’t commit to marrying someone after a first date, you probably don’t want to commit to spending the time and money to buy and read a book after only perusing a few page. Second, once you own it, it ends up taking up precious real estate in your space deprived Hong Kong apartment. Lastly, it’s a pain to pack up every time you move. For me, these practical drawbacks simply outweigh any psychic pleasure I gain from owning a book.

Many trees are chopped down in the process of making books while much fossil fuel is burned transporting them. It is often suggested that iPads or e-readers, such as Amazon’s Kindle, offer a solution. Unfortunately, these devices and the gear that supports them are an environmental disaster. The environmental impact resulting from the manufacture and disposal of electronics, which are replaced on average every 3-4 years, has been well documented. According to Time, “A lot of exported e-waste ends up in Guiyu, China, a recycling hub where peasants heat circuit boards over coal fires to recover lead, while others use acid to burn off bits of gold. …Guiyu has the highest level of cancer-causing dioxins in the world and elevated rates of miscarriages.”

A hidden but no less damaging consequence of the online revolution has been the massive amounts of energy consumed to run all that high tech gear. Data centres, networks and PCs collectively consume unbelievable amounts of electricity. At a PolyU Energy and Environment conference I attended, one of speakers asked the audience the following question “What is the best option [from an environmental perspective] of transporting a dozen books from Australia to Hong Kong within 24 hours: (a) ship them via air, (b) download them to your e-reader or (c) burn them onto some disks and then ship them by air? As you probably guessed, it turns out to be (c). What is surprising though is that (a) actually has lower carbon emissions than (b) due to all the energy required to run data centres and networks 24 hours a day and move data at lightspeed. END_OF_DOCUMENT_TOKEN_TO_BE_REPLACED 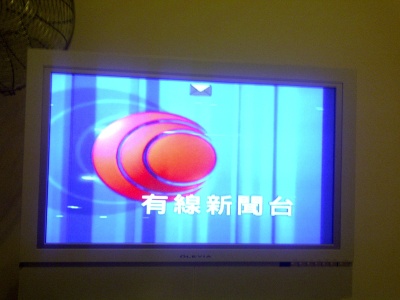 PRICE For HK$ 100, Mr. Lui will come to your home to provide a quotation. This quotation fee will be deducted if you decide to go ahead with the repair. The cost of repairing our TV was HK$ 750.

SERVICE RATING Very Good. Our TV was back to normal within a week and has been working fine since (it was fixed 4 months ago)

Our 31″ Olevia flat-screen TV was 3 years old when it broke. It was a “free gift” from an internet service provider. With the price of electronics dropping all the time and improvements in technology, it really wasn’t worth the time, effort or cost to have it fixed. Many people we talked to also claimed that flat screen TVs simply cannot be fixed. We decided to try anyway because we couldn’t stand the thought of creating more toxic waste.

In the past, when we used TVs for 10 or 15 years,  it was quite easy to find a TV repairman. The emergence of ultra-cheap manufacturing from China and the ever dropping prices of electronics has led to the demise of the repair business. We no longer repair or re-use, we simply replace. This has created a sea of waste, that has become a health and environmental hazard. But that is a story for another day.

After a bit of searching, we found a repairman. He provided a quotation over the phone for HK$ 900. He however seemed reluctant to take on the job. Not satisfied, we contacted the local environment group Greeners Action. They recommended Mr. Lui, whom we ended up using. END_OF_DOCUMENT_TOKEN_TO_BE_REPLACED