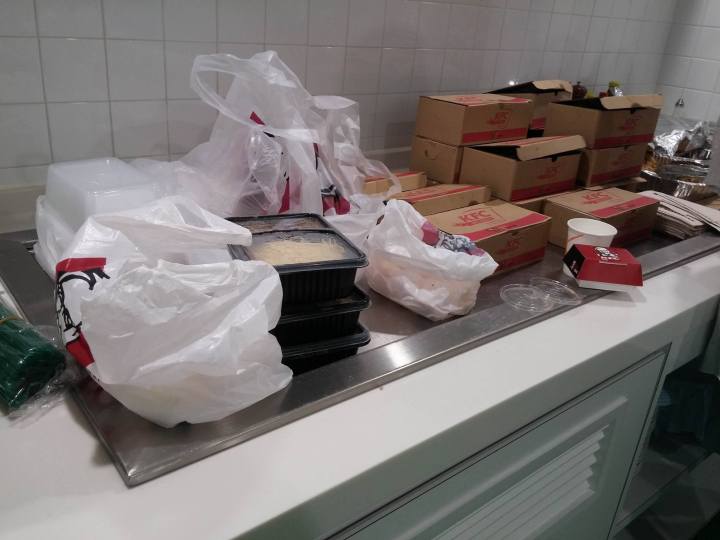 NOTE This open letter is re-published with permission from the environmental action group Grebbish.

I am a university student participating in a competition called ‘Glocal Greenovation’. The competition is a corporate social responsibility event hosted by Sasa and VolTra, and it is supported by twenty-five organisations and companies, including the Environment Bureau, and Google. The competition was an unforgettable experience. I was given the chance to discuss green ideas with innovative, experienced, and friendly people from a variety of sectors. It also granted me the chance to visit the offices of KMPG, Google, and other participating corporations. Last weekend, I visited the Google Office in Hong Kong. It was a memorable experience, but it also showed me how careless catering arrangement can produce a huge amount of waste.

From the event emails, I can see that the organisers are environmentally conscious as they asked participants to bring our own cutlery, bottles, and cups; the organisers also offered rental of reusable cutlery for $20. KPMG provided the venue and a sufficient number of mugs in the first two days. The organiser served pizzas and party sandwiches, so cutlery use was cut to minimal. During dinner time, a cleaning lady of KPMG, possibly not knowing much about the event, offered to put a stack of paper cups in case all the mugs were used. After I told her that the event was promoting environmental protection, she quickly left with the paper cups. I applauded the arrangement at the end of those two days. At that time, I did not know that the arrangement would create more waste in the future.

I spent my last Saturday and Sunday from 9am to 9pm in Google Office. After the participants entered, the hype over the creative office design shifted to no less than ten pots of free Starbucks coffee over the pantry counter. I could not help but stare at the tall stacks of Starbucks paper cups that came with markers for participants to mark their names. Many people used the paper cups as the bottles they brought along were not heatproof. Was waste reduction considered during the food and drinks arrangement? I started to wonder.

The organisers ordered almost every sandwich on the menu of Oliver’s Super Sandwiches for the first meal in Google Office. The sandwiches were already packaged and participants searched for their options according to a written index. At the end, about ten sandwiches (five of which were club sandwiches) were left behind. One of my teammates microwaved her sandwich as she could not eat raw food. Some of the participants did not even eat their sandwich. These food waste can be easily avoided by setting up a simple online form for ordering on the competition’s Facebook group.

In the evening, vegetarian buffet was served and this was where the disposable cutlery frenzy started. My teammates did not bring their own boxes and cutlery as they were not needed on previous nights. No one made use of the the $20 cutlery rental service;instead, many of them used the Starbucks paper cups and coffee straws to hold their food. The rubbish filled all the bins as no cleaning was provided during the weekends.

Pots of new coffee were bought with new Starbucks paper cups in the next morning, but more participants brought heatproof cups. Then came lunch time. “Grab your lunch at pantry guys!” the voluntary helpers announced. I walked to the pantry, saw the most horrid sight — on the counter were piles of KFC boxes and bags of disposable cutlery. As I carefully put a chicken wing in my box, another personnel told me to just take the whole boxes of wings away for my group. The waste started to fill up the garbage bags.
After the final group presentations and the winners were announced, one of the voluntary helpers called for people to finish all the remaining KFC food. “You are welcome to take some food away,” said the Google representative through the microphone, “we have filled all garbage bags we have in the office.”

A group of participants started eating the leftovers away. My group members and I were taking photos, and a helper approached us, “if you want to eat, please help us eat the remaining chicken,” she pleaded. I thanked her for volunteering for the event, and found out that she was the leading voluntary helper. “I wrote the scripts for MCs and made all of the slides,” she said. I seized the opportunity and asked about the food choice. “Well, we just ordered whatever we thought of.” The topic switched as she talked to my team members.

When I was a freshman, I used to take pictures of waste left in orientation camps, because I stand firm on the principle that we need to address the issue properly no matter how ugly it could be. Having heard what the volunteer said, I decided to take my mobile phone out again to take pictures of the waste there, all the ignored yet inevitable proof all cameramen there would nimbly avoid. I decided to post my photos here and write this article because the public needs to know that this waste of earth resources can be avoided. I am writing this article because the last day of the competition will be held next Saturday in the office of Credit Suisse, and I want to make sure that the organisers of such an innovative and eye-opening competition will be careful when it comes to producing waste. I hope that while they aim to promote environmental protection, , they can match their actions with their words.