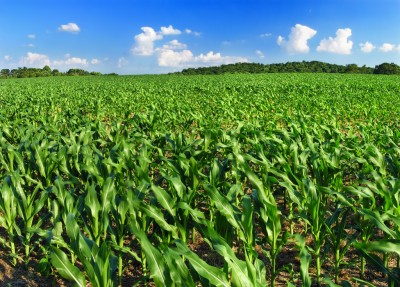 Part 1 explains the history and benefits of GMOs. Part 2 will examine the risks and issues.

Modern agriculture’s practice of growing monoculture crops with pesticides and synthetic fertilizers makes it one of the most environmentally destructive human activities. Almost nothing compares to the catastrophic levels of deforestation, toxification of water resources, and soil exhaustion that results directly from conventional chemical farming. But we need low-cost food to feed the world and therefore we need modern agriculture. Genetically engineering staple crops, to reduce pest infestation and boost their nutritional content, may be able to reduce the impact of modern agriculture, increase yields for a hungry planet, and lower rates of nutrient deficiency in the developing world.

The portrayal of DNA in popular culture unhelpfully overemphasizes its influence. DNA is not a rigid blueprint dictating our fate, but rather a library stretching beyond view, crammed with manuals describing in detail how our body works. Depending on environmental conditions, some manuals are pulled from the shelf and read while others remain untouched. Each cell carries this library within its nucleus. The function of DNA is to provide these manuals, written in a code, for directing protein creation. Proteins are multipurpose workers that do the most important tasks in the cell. Scientists can cut DNA strands and insert new, lab-made code that alters which proteins are created, thereby altering the functioning of the cell itself. Genetic engineering stripped down is simply that, cutting and pasting bits of genetic code in an effort to alter the functioning of the cell. The most difficult part is deducing if the code leads to a protein that produces the desired effect, and if so, how will it affect other cell processes.

The first GMO product appeared on the market in 1982: insulin harvested from modified bacteria (Humulin by Genentech). Higher up in the evolutionary chain, plant cells are more complex and have a protective cell wall, which complicates access to the nucleus. Independent scientists along with deep pocketed agro-chemical companies first unlocked the plant cell with the help of a bacterium. This particular bacterium is a pest that inserts code into the plant genome, causing tumor growth. Its ability to access and alter plant DNA means it can be outfitted as a shuttle for transporting engineered genetic code, rather than its own disease causing code. This method of insertion is applied to a single plant cell on a petri dish, which is then coaxed into a fully-grown GM plant, producing seeds for sale with the desired modification. Much has changed since the 1980s, and the process can now also be done with gene guns, and even electric shocks to reliably insert DNA into targeted cells.

The DNA inserted into the target plant’s genome can originate from within the same species (cisgenic) or from a foreign species (transgenic). The most famous example of the latter concerns a naturally occurring soil bacterium, Bacillus thuringiensis (Bt), that produces a toxin (harmless to mammals), which kills insects considered pests to common crops such as corn and soy. The genetic code for the toxin was identified within the bacterium’s genome and then pasted into corn, soy, and cotton. The resulting modified plant produces the Bt toxin itself, immediately killing pests that attack it, and thereby dramatically reducing the need to blindly spray highly toxic chemical pesticides. Bt plants indicate the enormous benefits of transgenic genetic engineering, because with access to all genes scientists can approach problems in completely novel ways. Cisgenesis uses the same method, but restricts itself to the genome of the same species. It’s currently being used to engineer resistance to late blight in potatoes, a pathogen that instigated the Irish Potato Famine.

GM crops even have the potential to improve the nutrition of our food. Much of the world doesn’t have the luxury of choosing what ends up on the table every night. Instead there is a heavy reliance on a handful of staple crops, like rice and soya. This is a problem when the crop doesn’t contain the necessary nutritional content. Rice does meet our vitamin and mineral needs, but only if we eat the stalk or bran found on ‘brown’ rice. However, brown rice spoils faster due to the fat content in bran, hence the popularity of white rice, which has far less nutritional value. One consequence of eating just white rice is Vitamin A deficiency in children, which leads to blindness and compromises the immune system. A solution is GM “Golden Rice”, which incorporates vitamin A precursors into the actual grain through transgenesis of genes from daffodils and bacteria. One bowl can supply an estimated 50% of daily vitamin A intake. Further ‘bio-fortification’ of foods is being carried out by the Gates Foundation on bananas, beans, and cassava.

Are GM foods safe? In short, there is no credible evidence indicating any kind of negative effect from eating GM foods. Evidence of health effects may be hard to find due to the very prevalence of GM foods – 80% of all processed foods in the US contain GMOs. The widespread consumption of GM foods makes it extremely difficult to identify causal links to health issues. There have however been longitudinal studies done over 29 years on livestock raised on GM feed, and they have uncovered nothing of note. DNA does not survive the stomach intact, so there is next to no chance of us or the bacteria in our body interacting with GM DNA.

At first glance the concept of tinkering with the very stuff of life inspires a feeling of unease, tapping into a biblically long line of thought warning of catastrophe due to human hubris. There are definitely real worries when it comes to GM foods, and they will be addressed in Part 2. Ultimately, we can’t afford to reflexively discount a tool that may help tackle the wholly unnatural problem of feeding 7 billion people on Earth.

By Kristian Johnson. A graduate of Johns Hopkins University, Kristian is preparing for a career in agriculture and forestry. He is currently undertaking an internship at Wildroots Organic Farm.